So it’s lunchtime now if you are at work or you were at work, would you be considering going out a swift pint during your lunch break?  Well some of the employees at one of Britain’s oldest financial institutions are angry after they were told they can’t drink alcohol during office hours.  Lloyd’s of London has introduced a ban on drinking alcohol between 9a.m. and 5p.m. and anyone caught using it during this time, could face the sack for gross misconduct.  So is it okay to drink at lunch time? I am joined now in the studio by Jenny Garrett, she’s an Executive Career Coach and working mother and from Central London, we’ve got Kevin Craig, who is one of the lead, UK’s leading Public Relations and Crisis Managing Experts. And thank you both for joining us this lunch time. I’m putting down your pint if you were going to drink.

CLAUDIA-LIZA:  Jenny, first of all, how do you feel about this, that somebody facing the sack if they go out and grab a glass of wine during their lunch break?

JENNY:   I think they are moving with the time actually, Lloyds are because I think the problem with the UK is that people do drink to excess and I’ve many years ago worked in organisations where sometimes people had fight at lunch time.  A little brawl and then came back into the office and also people get a little bit handsy when they have a bit too much to drink so I don’t think it’s a good thing so I tI welcome it.

CLAUDIA-LIZA:A bit handsy!  I mean Kevin what, what are your thoughts on that then? And I think Jenny is quite right, people do change, behaviour a little bit differently after, after having a drink could affect their work and how they perform.  What are your thoughts?

KEVIN:  Well, Jenny is right and Lloyds are catching up with the times and they are following a trend in business actually over the last twenty years has become very, the high levels of business, very  unacceptable to drink during the day.  You are often, if you are doing meetings at CEO level or you’re taking part in any form of transaction, it can be often frowned upon to be smelling of booze in any way around the board room table. But the interesting thing about this story is the particular and distinct nature of the insurance market in London, where Lloyds over four hundred years have created a culture where it allows its top people to get on with it and make the magic happen in terms of the insurance game and that’s why this decision, they’re going to have a bit of local difficulty I think in implementing it, because I don’t think they consulted and even though it makes total sense in the direction of travel and business where booze is on the way out in the day time.  I think they are going to have a bit of trouble in the ranks because lastly, in that building in London, you’ve got several thousand people and only a small fraction will be affected by the ban, so you’re going to have a bit of a them and us going on.

CLAUDIA-LIZA: I mean Jenny, how would you feel if your employer told you that you can’t drink?  So if maybe you are going out, taking a client to lunch and your client is going to want to drink and you might want to drink to join them, so you know you can feel sociable, you can hopefully build a better relationship with them. How would you feel coming back to work and you could face the sack for that? Because a lot of employees at Lloyds of London have just gone in, acted very angrily just saying, “Look, shouldn’t you be focusing on more important things in the workplace rather than this?

JENNY:   Yeah! I do think there should be exceptions to every rule, you know, if there is a special occasion, if there is a certain kind of lunch or a certain kind of meeting then I think there should be something we could say to a manager, “I think drinks is going to be a part of this, would it be okay if I had two glasses of wine or, or a glass of beer?”  And I think that, you know, any good manager will use their discretion.  So I am hoping that, that will be a possibility but I must say to be honest that productivity goes down once you’ve had a drink and years ago I worked in a estate agency business and on a Friday one of the advertisers would bring us two bottles of rioja. Nothing would get done for the rest of the afternoon. So I think in the long run there’ll be better productivity, it will be, it will work best for the organisation.

CLAUDIA-LIZA: I mean Kevin, controlling how much members of staff drinking, you could understand why an employee would want to do it but yet at the same time, are people really drinking to excess right now?  Is this something that they needed to instigate in the first place? Cause as a journalist, I get stories on Fleet Street of journalist and going out drinking in the pub was actually quite legendary, so when I started working I thought, right, “Where’s the bar? Where’s the pub?  When I came here, nobody drinks anywhere and like wow, no one goes out drinking to the excess that I had heard of.  Not many people doing that anymore!  So why, why bring about this rule in the first place?

KEVIN:   You’re right there! It’s less common than it used to be and a bit like you I feel I missed the boat for the, the best days of daytime drinking. (Laughter) But in the city of London, there is still a lot of alcohol consumed and around the Insurance Market we have a lot of people coming into London from places like Hong Kong, Singapore, the United States, there, if what business is being transacted there, the culture is very different to us but it is expected and it’s allowed and it’s assumed by foreign people to London that there is going to be booze in the day time and it does still happen a lot in and around the city and in particular in the Insurance Market.  So that’s where the challenge is going to come.  Overall, I absolutely agree. The direction of travel is away from daytime drinking, productivities go down, there are more lawsuits, there are more HR cases for all the great reasons that Jenny said.  So the direction of travel is that we’ve missed it AbFab days are gone in all sectors but very specifically I would watch the unfolding of the Lloyd’s story because of the particular nature of the Broking and Insurance Markets in our country at this particular time where it’s under a lot of scrutiny because of the Brexit and the challenges that are going to be coming.

CLAUDIA-LIZA:  Kevin is really making a really good point there! It’s actually quite shocking to think that so many city workers, this is the centre of financial institutions go out drinking so often!

JENNY:   Yeah!  I think so but I also think there are more women and more women now are getting to more senior roles and typically this is lads’ culture, boys’ culture and actually as we evolve and have a much more equal workplace, this was going to go anyway.  So I think it’s a really positive sign about where London wants to go and London can lead the way. So what if people want something? We can say actually we’ve changed to be like this, maybe this is something different now and you can go out in the evening.  No one is saying never drink again!  (Laughter)  So….

CLAUDIA-LIZA:  You’re right! This is something already being rolled out in other European countries like France and Germany.  Do you think that other companies could be following suit and more companies, would you do it?  If, if your company, if you had members of staff working with you, would you say “actually, you know, in this, in my place, no one goes out drinking until after five ‘o’ clock?”

JENNY:  I think I would apart from special occasions.  So I would say if it’s your birthday, if it’s a Christmas meal, you know, actually, you know, we can have a couple of glasses of wine but I would say, let’s limit it.  Let’s not go crazy!

CLAUDIA-LIZA: Kevin, what about you in your company?  Is this something you would introduce? (Laughter)

CLAUDIA-LIZA: Come on Kevin! You were just saying this is a great move, other companies should lead, leading the way to something that should be rolled out in London, but you couldn’t do it in your company?

KEVIN:  Yeah, but you see with respect, I’ve had a lot fewer legal and employment cases than many of those in the city of London due to misbehaviour in recent years so I think the imperative to act is, is, is, is less pressing in my case but I think as a general rule, it’s a very good thing. (Laughter)  And I think we don’t have as many issues touch wood so far.

CLAUDIA-LIZA: Okay Kevin, Lloyd’s of London can do it but not, not in your back yard.  All right, thanks so much Kevin Craig, really good talking to you and Jenny Garrett, thank you too. Thank you both. 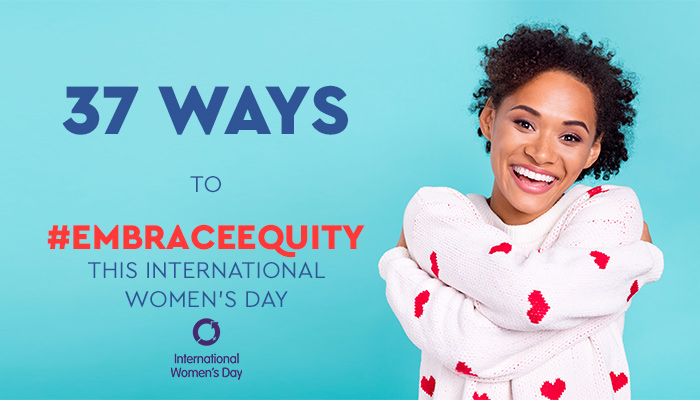