MPs say that dress codes that discriminates against women are still widespread in UK workplaces.  Women workers have been instructed to dye their hair blond, wear revealing outfits and reapply make-up. Parliament decided to hold an inquiry into dress codes in the workplace after Nicole Thorpe lost her job as a Receptionist because she refused to wear high heels.  Well, joining me now to discuss it further is the Executive Career Coach and Working Mum, Jenny Garrett.

JOURNALIST:  Hello to you.  Now it’s quite important to emphasize we are not just talking about women being asked to dress smartly in the workplace, but talking about specific request like putting on make-up or wearing heels. I mean sometimes you just have to wonder what century this is.

JENNY:  Absolutely! I think maybe forty years ago  women weren’t allowed to wear trousers in the workplace. We are now and I think it’s time for the next revolution, the next overhaul in terms of what the rules are around women and work. We’re not ornaments, we’re not there just to look pretty. We make a really viable contribution to the performance of organisations and the success of them and as a result, we shouldn’t be treated as if we are standing around and looking pretty is what our job is about. And being told to wear make-up and heels I’m sure doesn’t make any difference to the bottom line of the business.

JOURNALIST:  So what should you do if you are a woman in the workplace and you feel like that you are being asked to dress in a way that you feel that is inappropriate?

JENNY:  I think it’s really important to ask people to justify their reasoning and sometimes there is a good reason for a request you know, if you’re asked to maybe put a jacket on you know because culturally you know, a client thinks that’s respectful, you may want to adhere to and not question that and challenge that. And maybe say, maybe we should have a working group to review the dress code. So I wouldn’t directly challenge and say “you know, you’re being sexist, you know, and I’m going to go to a Solicitor,” but I would definitely go smoothly and say what difference that makes for you.  You know, actually if I’m told to wear heels to work every day that hurts my back and if my back’s hurting then I may be off work and as a result, you know, the contract I’m working on might suffer. You know, let’s actually demonstrate the difference it would make. And I think you know, organisations should be inclusive.  Any dress code that you put in place that excludes or harms or causes a problem for your staff needs to be considered and thought about very carefully.

JOURNALIST:Do you think that sometimes men are also subject to some quite strict dress code. I mean I was just looking at the Parliamentary website and male MPs are expected to wear a shirt and tie whereas female MPs can just wear smart business like attire. So actually in some circumstances, it feels as though it’s men who have to wear more stringent uniforms than women.

JENNY:  I think that times of the year can make a difference. In the UK it’s not, it doesn’t happen that often but when we have that wonderful hot weather I do see men suffering, absolutely. You know, with buttons done up to the top, even their collars, shirts on, long sleeve shirts, trousers. Of course I think you know, and, and most of the times they are not allowed to wear sandals, so I think men can suffer. However, I think they should speak up if they have an issue and if it’s unreasonable as well.  It definitely works both ways. It’s not just about women, it’s about organisations listening and understanding and moving forward and thinking what is needed, what is necessary in today’s working life for people to wear.  You know, definitely be professional but professional can look different.

JOURNALIST: Yes, so perhaps a bit more flexible attitude. Can we talk to you a bit more as well about why there are issues of discrimination in the workplace?  One thing that’s always shocked me is that if you look at the gender pay gap in the twenties, women actually earn similar amounts than men but as soon as you go in the thirties and forties, when you’re taking time off to have kids, suddenly the gender pay gap explodes! Are you worried about other gender discrimination in the workplace as well?

JENNY:   Oh, absolutely! I think you know, organisations are still thinking, “Are they planning to have a child soon?” “What difference will that make for me?”  If they need to go part-time, you know, therefore they won’t be in the business, they won’t be as committed.  There’s definitely something about being part-time and being seen as not as committed, that’s an issue.  So yeah, there are so many layers of, you know, sexism in the workplace that really mean that we need to have a change of mindset. It’s not just about legislation, we can change all the laws in the world, but if your boss thinks that a professional woman dresses in a certain way, or women have children and then are no longer committed to their careers, then we still have many issues.  So it’s about mindset and it’s about, you know, people at the top of organisations.  Getting women at the top of organisations so they can change those stereotypes and change those mindsets but also helping the men and there are some great supportive men out there helping them to advocate women and, and show that actually, you know, women can do their roles and more alongside motherhood if that’s what they choose to do.

JOURNALIST: Okay, Jenny Garrett. Thanks very much for your thoughts. 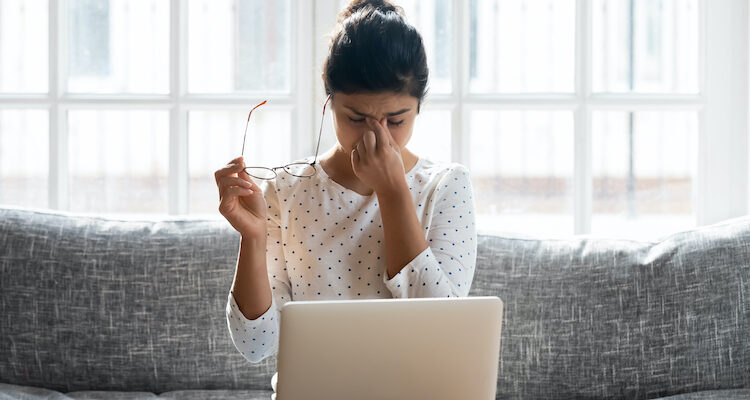 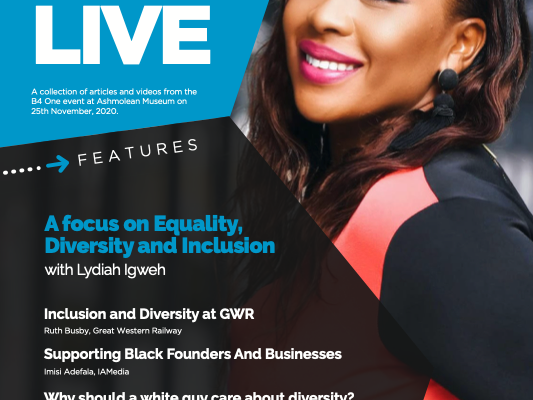