During this difficult time when we are all facing the unknown, we wanted to create something to help you combat the feelings of stress, overwhelm and anxiety many of us are feeling.

A more resilient you

You need this retreat if you want to ..

Is this retreat is for you?

In this live retreat, delivered over two half days, our experts will introduce you to strategies and skills to develop your resilience toolkit so that you feel confident and able to cope with and recover from life’s difficulties.

We have many years of experience crafting transformational retreats and this one will be no different.

These sessions won’t just be an expert talking at you, we’ll be asking you to take part in practical exercises and live discussions to start putting into practise what you’ve learnt.

Schedule – Dates of next retreat will be announced soon

9am – Welcome and Resilient You

We begin with a powerful visualisation connecting you with your inner compass and then Coach Jenny Garrett using her experience of coaching to guide you to consider your current resilience levels, and what you want to change for the better.

This experiential session, facilitated by Coach Jackee Holder, will explore the relationship between your inner and outer nature. Drawing from the nature on your doorstep, you will set off with a series of writing prompts designed to explore your own relationship with nature and the connections with your own interior. Consider this a short adventure into the wild nature of who you are.

Registered Nutrition Professional Deborah McTaggart will help you discover morning energy boosters you can do to set your day up well & practical tips for creating energy in the body.

9am – Welcome and framing of today

Dawn Ellis will help you explore your inner story and how you can convey that outwardly. How your story is helping or hindering your ability to be resilient. Your beliefs based on the stories you tell yourself – change the story, change the outcome and change your life.

Coach Andrea Watts will help you use images in a collage to unlock your unconscious, overcome challenges and release your potential.

1.00pm – Action Planning, What Next and Closing Thoughts

A live, online, group session with four experts to help you overcome stress and overwhelming situations

Jenny is an Award-Winning Coach, Speaker and Trainer with over a decade of experience of running a Global Business. She is a Freeman of the Guild of Entrepreneurs – City of London and was listed in Brummell Magazines Top 30 City Innovators 2016.

Jenny works with individuals and organisations, empowering them to make the transformation that they are seeking actually happen!

Jenny is best known for her work empowering working women, particularly female breadwinners, through her Amazon Bestselling Book Rocking Your Role. Her expertise in self-improvement and personal development for leaders, and her work equipping teens with the skills that leaders of the future will need through her social enterprise Rocking Ur Teens.

She has reached an audience of over 30,000 through her speaking engagements, including two TEDx Talks, and coached individuals all over the globe from Australia, to Botswana, the US, Mexico, Spain and the UK, with over 4,000 coaching hours under her belt.

Her most recent clients include MasterCard, Ernst &Young, the NHS and the National Union of Students (NUS). Jenny is a regular commentator on Sky News and LBC radio, and has been featured on BBC Radio 4 Woman’s Hour, BBC Radio London & The Telegraph amongst many others.

Jenny’s work is characterised by having depth, personalisation and meaning, or some would say ‘soul’. One client described Jenny as a ‘yoga stretch for the career!’

“I would highly recommend this virtual retreat with Jenny. It is the perfect balance of reflection and practical tools to empower and energise you, with a group of supportive and like- minded women in a safe space. You make personal connections in the break-out rooms so despite being virtual, it still felt intimate – and all in the comfort of my own home. Thank you Jenny. This retreat was just the treat I needed!” – SA 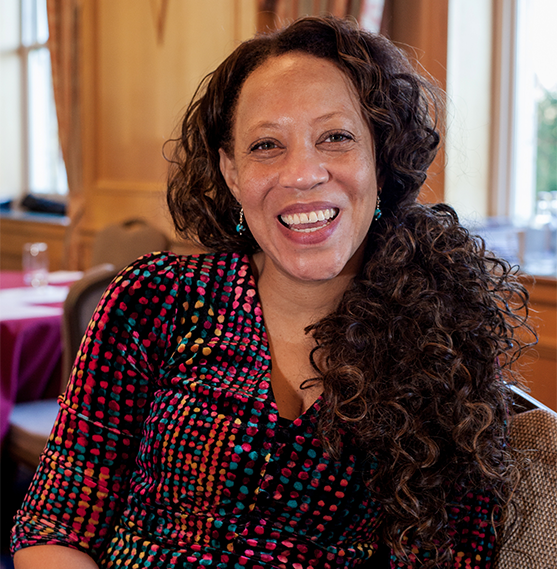 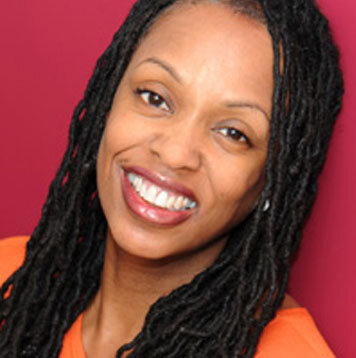 Jackee works as an executive leadership coach, trainer, action learning set facilitator, coach supervisor, interfaith minister and published author of 49 Ways to Write Yourself Well, Soul Purpose and Be Your Own Best Life Coach. Working nationally and internationally with teams and individuals and has supported and contributed to the development of hundreds of individuals to enrich and transform their lives and achieve extraordinary results.

Highly regarded for her creativity and her ability to create supportive spaces for reflective thinking in her one to one work and her work with teams.

As actor, performance storyteller and broadcaster Dawn has told stories all her life.

She sees stories as the fundamental meaning we put on our lives and the bedrock of culture and history.

She has been a dynamic and intuitive coach and facilitator in the organisational world for 25 years, specialising in confidence, resilience and personal performance. She founded ‘Know your Story Inside Out’ to enable people to explore their inner narrative and take control of the stories they tell about themselves. She also founded Storytelling HQ and runs ‘The Call of the Wild Twin’ workshops in the UK and Europe.

Deborah is a Registered Holistic Nutritionist trained to work with diet, genetics, movement, stress and sleep to achieve the best outcomes for your health. She specialises in long term health and performance for travelling executives so they are fit to fly and arrive in better shape.

Originally from New Zealand, her previous work was in global high profile, high octane documentaries.  She now spends her time between Texas and South West London.  Her partner is a pilot and her special interest is circadian rhythms, jet lag and travel related health.

After working together her clients feel more energised, better able to cope, with improved health, digestion, sleep, weight balance and immunity. They are better able to meet the demands of their high energy life.

Andrea’s MA Foundation Course Training in Art Therapy led her to start UnglueYou®, a non verbal centred approach to learning and development that uses the creativity and visualisation of collage creation to open up thinking and give expression to thoughts, ideas and feelings.

The visual metaphors and stories that emerge for clients through their chosen images help bring clarity, focus and deeper understanding of themselves and their situation. Enabling better decision-making or goal setting.

This creative, experiential and fun approach will complement existing self-development or communication tools and promote health and well-being through participation in a creative activity.

At these tough and uncertain times, we believe we’re all in it together. We would like as many people to benefit from the retreat as possible.

So for every place booked, we are delighted to offer you another absolutely free. So you can invite a friend, colleague or family member to join you.

The price includes includes your pre work materials and workbook, and the full inspiring and practical retreat.

Know someone in need?

For every 10 places booked, we will offer a place to someone who needs it, but wouldn’t be able to take part without sponsorship.

If you or someone you know is working in the public or charitable sector, or you believe you are deserving in some other way, please email us at: info@jennygarrett.global and we will let you know if we can allocate you a place a complimentary place.

“A virtual retreat – sounds odd – but is amazing and refreshing through the power of zoom. It has shown me the importance of topping up my own resilience levels in the company of inspiring women – I feel ready to bounce forward into the ‘new normal’ thank you Jenny.” – Tracey

“I didn’t think it was possible to have a retreat virtually without leaving my home and sitting in front of a screen but the careful and creative design of this 2-day retreat proved me wrong. I was able to step into nature, experience the power of listening to someone’s story and sharing mine, design a beautiful collage and assess different aspects of my resilience. I now have some very practical tools I can apply to my life and my work as a coach.” – Ruth Sangale.

Interested in face to face retreats?
Register your interest here.